At Freight Motion, we have customers who discuss various transportation issues they had in the past. We would like to share one here to raise awareness of underlying issues, market trends, and possible solutions.

What is the difference between parcel and freight?

In general, parcels are boxes shipped and labeled individually.  Freight on the other hand would be a collection of boxes shipped on one pallet, moving as a group.  We have found recently that many think both operate similarly.  In reality, the two are very different in things such as size, transport, time and capacity.  Let’s unravel one by one. 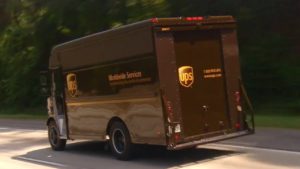 Typically, anything shipping with a collective weight over 150 lbs, freight might be a great option.  When it is close to 150 lbs., it might actually be less expensive to move freight because it is considered light by freight standards, but heavy by parcel.  Also, if it’s a collection of boxes, it’s easier and less likely to get lost shipping 1 large unit rather than 10 separate boxes.  You will also have all boxes arrive on the same day instead of the potential three boxes one day, seven the next.

Using one of the parcel carriers as an example, they may have 20 stepvans in a city on any given day.  Freight on the other hand, might only have one or two 53 foot trailers or a few 28 foot pup trailers.   Why is that?  Millions of parcel shipments move every day whereas freight is a very small fraction.

Parcel Trucks have a daily-calculated route that changes only on rare occasions to maximize fuel and time efficiency.  Did you know they rarely, if ever, make left turns?  Did you also know companies train their drivers to step in and out of their truck with a specific foot to minimize delay in entry and exit?  Because of this and many more data points, they are able to estimate arrival times more accurately.  With freight, route’s change daily based on supply and demand, there is also less data making it harder to predict ETA’s.

Time spent loading and unloading pallets is much longer than parcel.  A parcel driver dispatched to pick up one box or three boxes takes minimal extra time.  Even if it is 10 boxes, it is minimal.  On the other hand, a freight driver dispatched to pick up one pallet and come to find out there are three, time is exponentially increased.  Thus, a freight driver could not make nearly as many stops in a day as a parcel driver.  Since there are not enough hours in the day, shipments are then pushed to the next day for pickup. 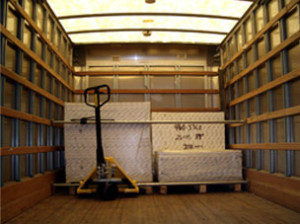 Inside of a Freight Truck 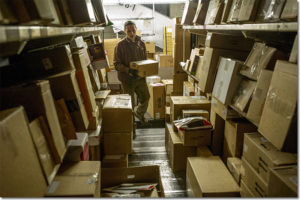 Inside of a Parcel Truck

This post is aimed to give the user a better understanding of how Freight operates compared to Parcel.  Does it help explain some differences?

This site uses Akismet to reduce spam. Learn how your comment data is processed.

Freight Motion is a leader in LTL logistics with unparalleled service, support, education and consulting.  Ranked #234 in the Entrepreneur 360 Best Company, Freight Motion strives to be the number one LTL logistics provider in the US by helping customers with peace of mind in LTL and time sensitive transportation.

Come and see for yourself.

Do you trust your freight broker?

Do they work for you OR do you chase them?

*Need encouragement?  $500 off your 4th months shipments.  Must ship at least 15 shipments per month for 3 consecutive months.  New customers 2022 ONLY.